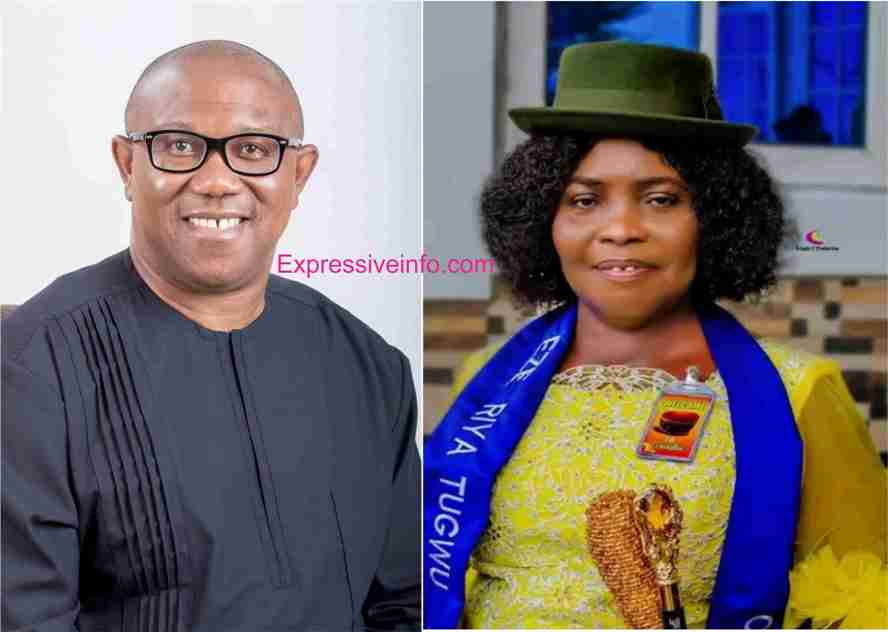 Mr Peter Obi, the presidential candidate of Labour Party (LP) has apologized to Mrs Beatrice Itubo, the governorship of candidate of the party in Rivers State.

Recall that Mr Obi was in Port Harcourt few days on the invitation of the Rivers state governor, Nyesom Wike. Wike had invited Obi to commission one of the newly constructed flyovers built by his administration.

After the ceremony, some critics attacked Peter Obi for visiting Rivers state and not visiting the governorship candidate of his party, Mrs Itubo, who has been reportedly ill for two weeks after she was involved in a domestic accident.

In photos that surfaced online, Itubo is seen on crutches as she recuperates from what looks like a sprained ankle.

Reacting to the criticisms directed at him, Peter Obi wrote:

“My sincere apologies to Mrs Beatrice Itubo, the Labour Party candidate in Rivers State for an inadvertent oversight. When I visited Port Harcourt a few days back, I was not informed or aware of her sickness.

“On arrival in PH, I was welcomed by the Labour Party Presidential State Coordinator in Rivers State and other Party stakeholders. We had a useful meeting and I explained to them the purpose of my visit, which was to respectfully honour an invitation by the Rivers State Government

“and that I will return for our party’s rally and other LP engagements soon. No one mentioned that our candidate was sick, otherwise I would have visited her before or after the event. I had committed to passing through the campaign office no matter how late,

“and that I did at about 6.30pm. My dear sister, I sincerely wish you a very quick recovery and reassure you of our good working relationship. May God Almighty bless you always. -PO”