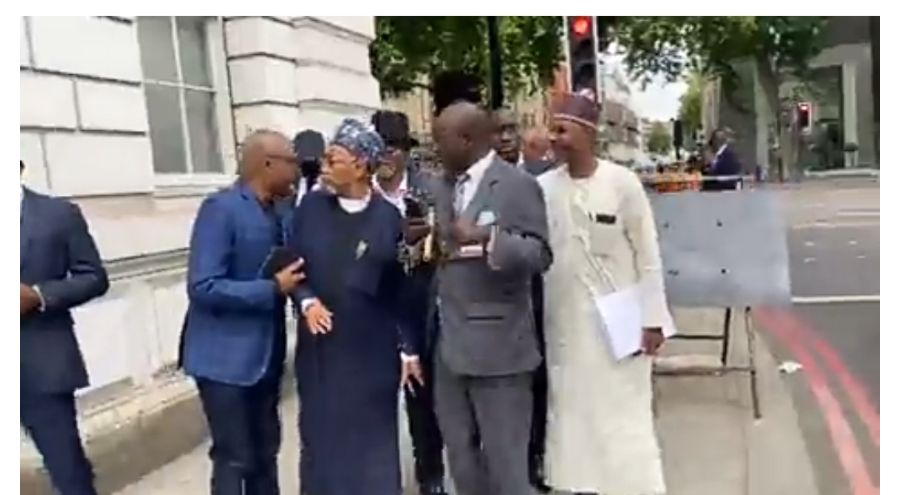 Senate Enyinnaya Abaribe and other members of the Nigerian delegation were seen running away from a press interview in front of the West Minster Magistrate Court in UK where Senator Ike Ekweremadu and his wife, Beatrice are being tried for conspiracy to harvest human organ.

Adamu Bulkachuwa, chairman of the senate committee on foreign affairs, led the senate delegation to the court. David Mark, former president of the senate; Chukwuemeka Nwajiuba, former minister of state for education, and a delegation from the Nigeria high commission, were also present in court today.

In the video below, an interviewer who says he is from Koiki Media asked the Nigerian dignitaries why they came to the UK for Ekweremadu’s trial. But, they refused to answer.

The pressman accused them of failing to make Nigerian health care system work. He went on to say if Nigerian health facilities were working, Ike Ekweremadu would not have been in the situation he found himself.